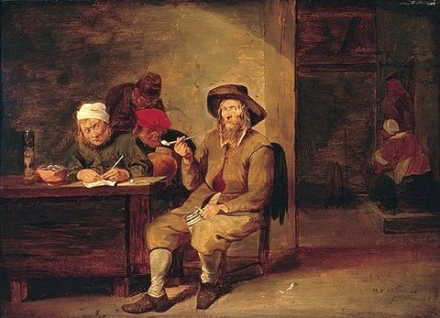 The Spanish were the first to grow commercial crops of tobacco in the early 1600s, and by the time Jan van Riebeeck arrived at the Cape in 1652, tobacco smoking was already a popular pastime in Europe. Tobacco became a favoured currency in Van Riebeeck’s barter transactions with the indigenous Khoikhoi tribes. By 1681 four tonnes of Virginian tobacco and seven tonnes of Brazilian tobacco were imported to the Cape for bartering purposes. At the time the going rate for a single head of cattle was about 500g of tobacco and a few strings of glass beads. In 1698 along the Cape imported 30,000 clay pipes. These long thin stemmed clay pipes were relatively cheap, but broke easily. Each pipe carried the mark of its maker, and today archeologists use these unique trademarks to date the pipes and by deduction, the approximate date of occupation of  archaeological sites.